Underwater museums are becoming more and more popular among divers. This extraordinary undertaking shows that human cooperation with the world of plants and animals is possible. 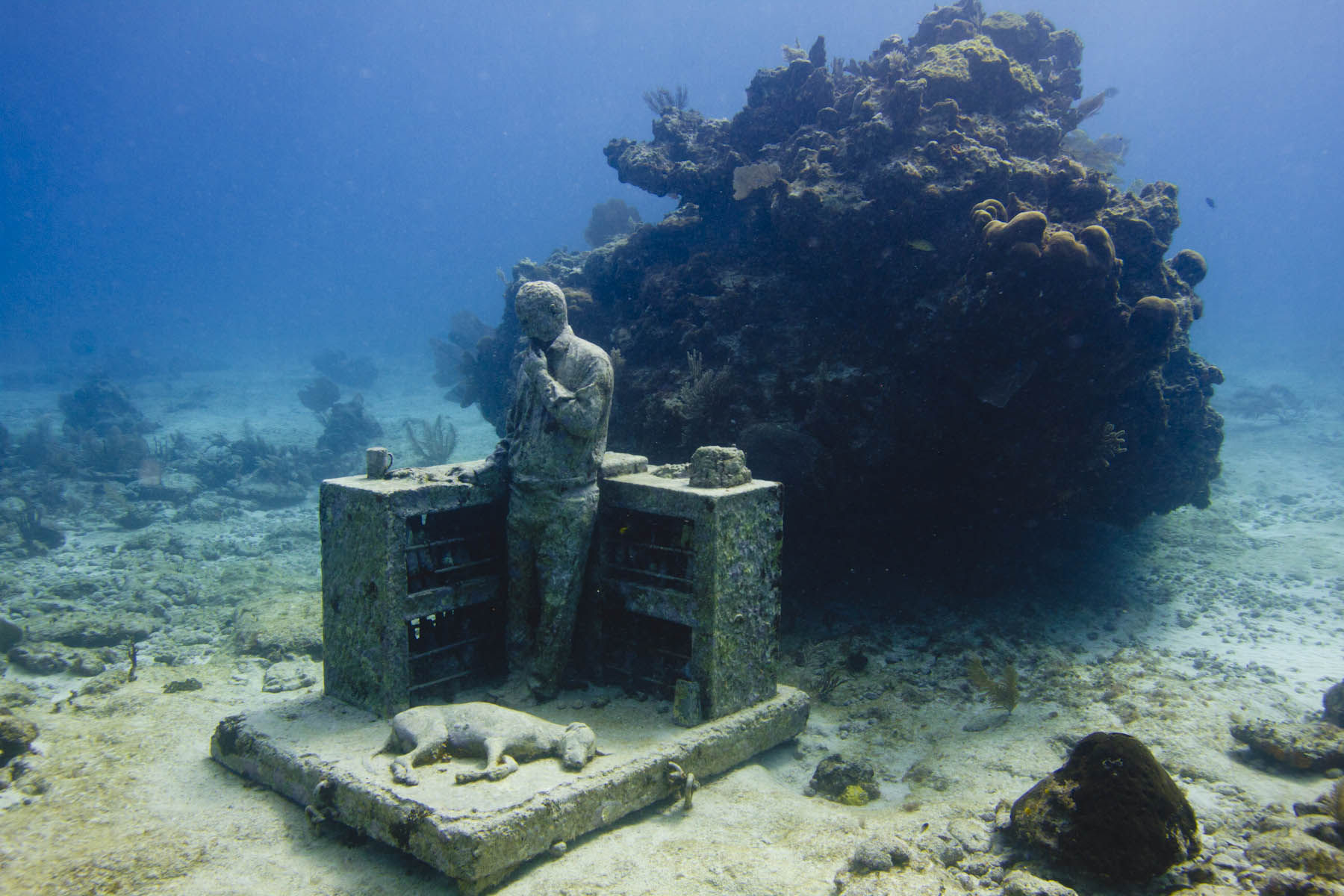 Original name: Museo de Arte Subacuático- was created in 2009 in the waters of the Caribbean Sea, near the island of Women (Mujeres) and Punta Nizuc in Cancun. The initiators and contractors of the project are: Jaime González Cano, director of the National Marine Park, Roberto Díaz Abraham, then president of the Maritime Cancun Association, and English sculptor Jason deCaires Taylor. MUSA was created to demonstrate the interaction between art and the natural environment. It is worth noting that the sculptures are part of an artificial reef whose task is to colonize marine life. 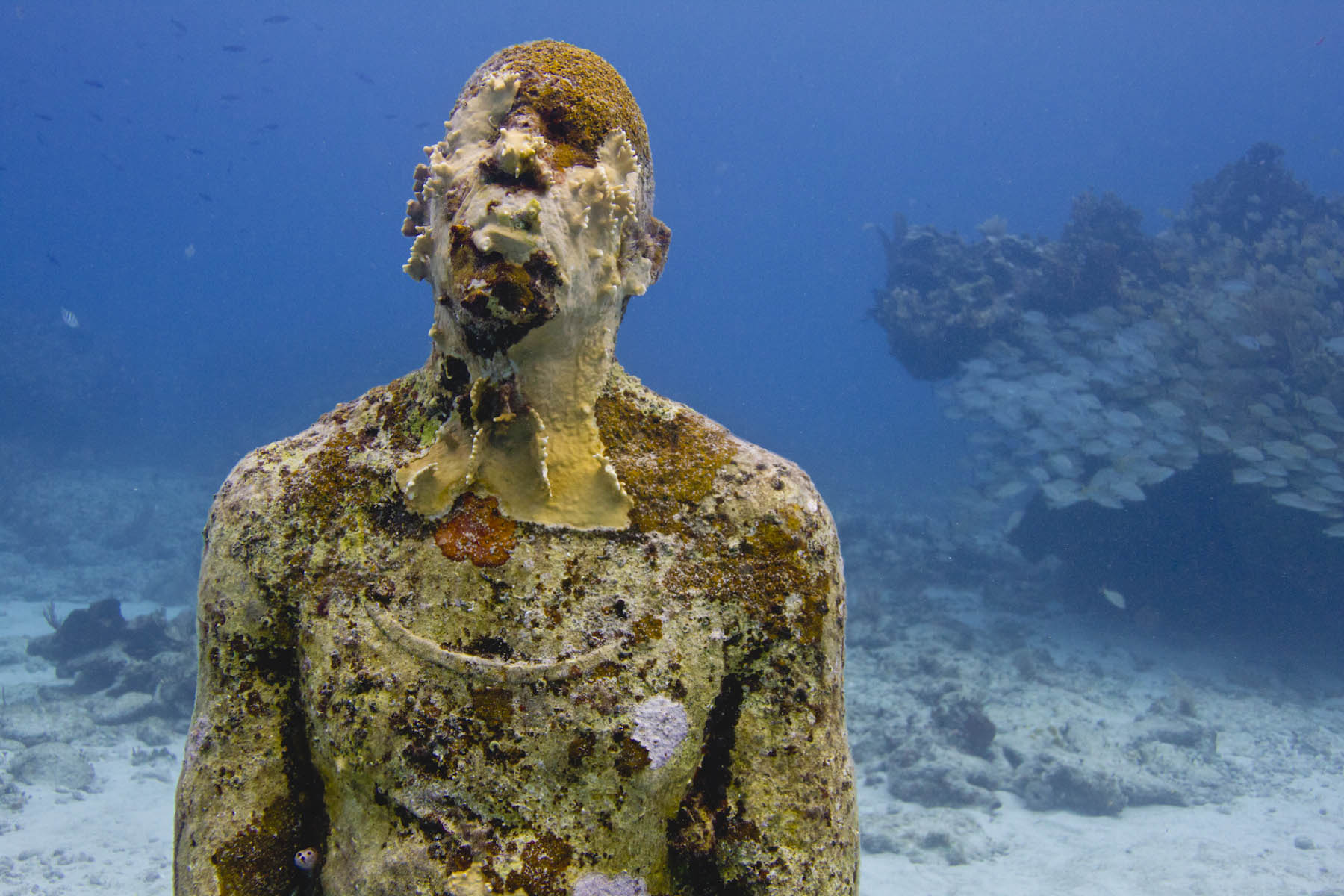 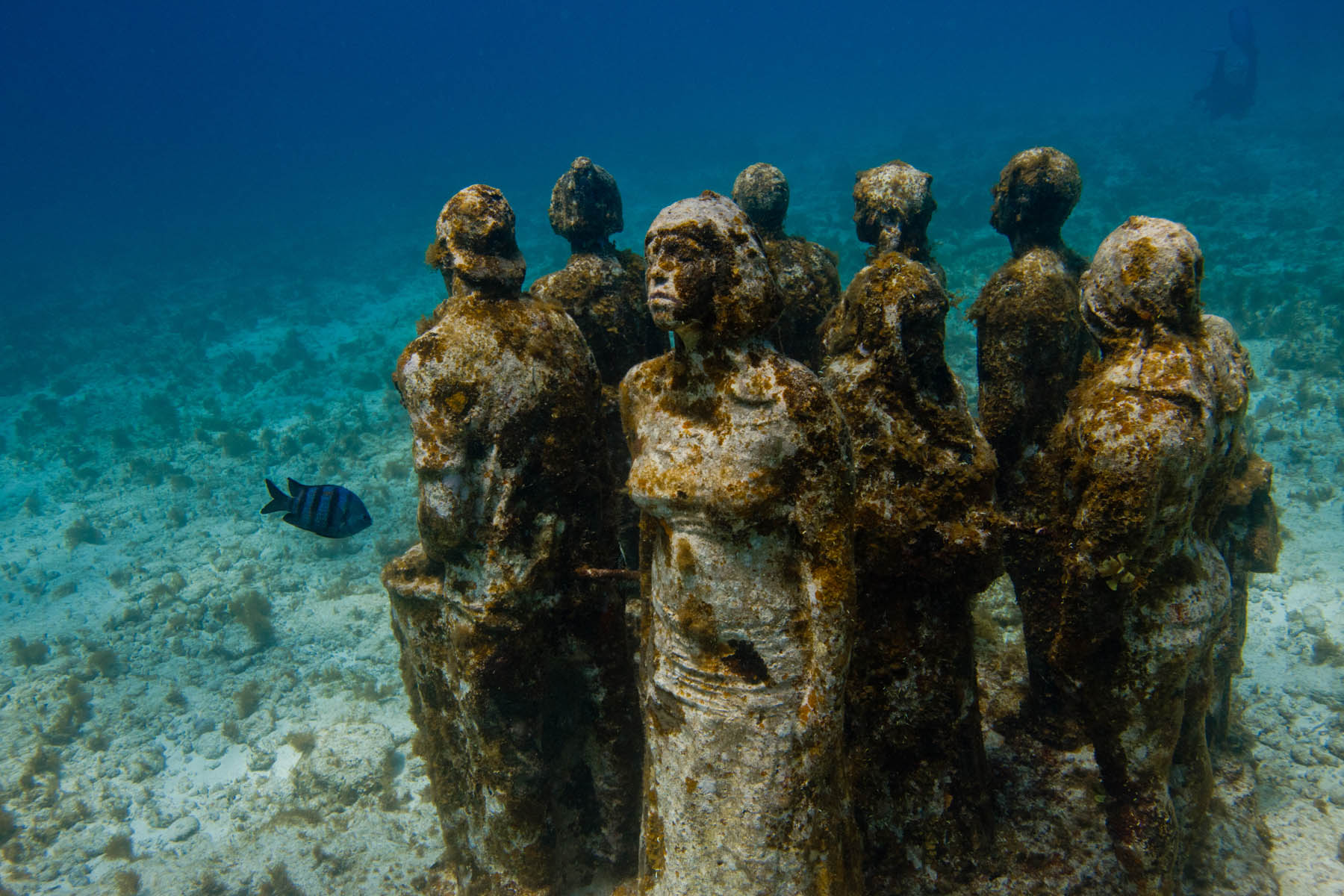 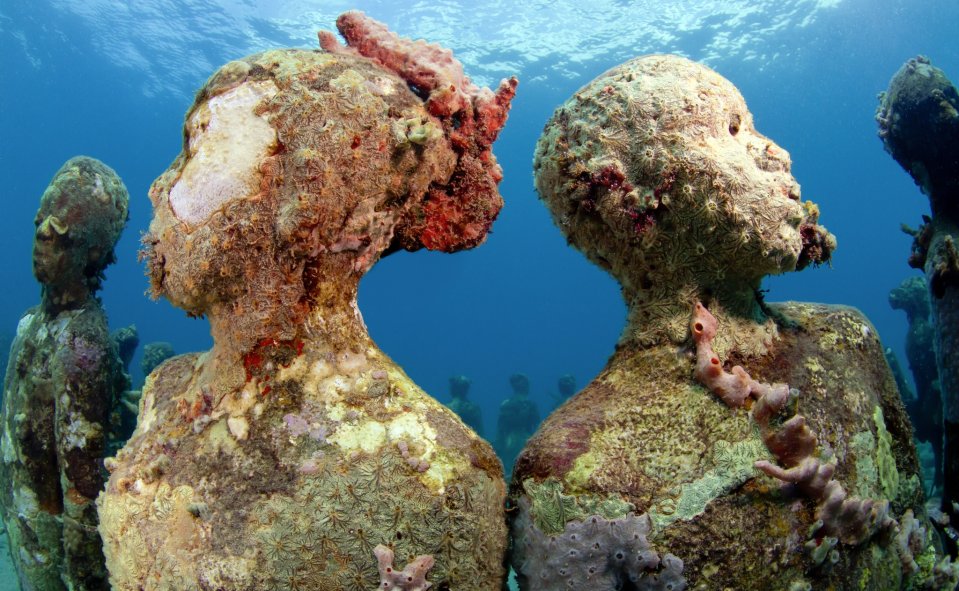 On the island of Lanzarote, off the coast of the popular town of Playa Blanca. This museum, although significantly distant from Mexico, has a lot to do with MUSA. Well, the author of the underwater installations is the same British artist - Jason deCaires Taylor. Dozens of life-size figures have been sunk. The message of the underwater exhibition is extremely interesting, as the works refer to the most moving problems of the modern world. The sculptures are intended to reflect on the threats that are lurking for people today. Of course, the statues were made of materials that do not have a negative impact on the environment, and over time they are to become an artificial reef.

One of the installations is the Raft of Lampedusa, which refers to the famous nineteenth-century painting of Theodore Gericault titled Medusa's Raft. In the past, the tragedy of the castaways was a voice against injustice and criticism of the French political system. Today, artist Jason deCaires Taylor wants to show the passivity and helplessness of the international community in the face of the drama of refugees entering Europe by sea. In addition, the presented objects are intended to reflect on topics related to the behavior of tourists or the use of new technologies. 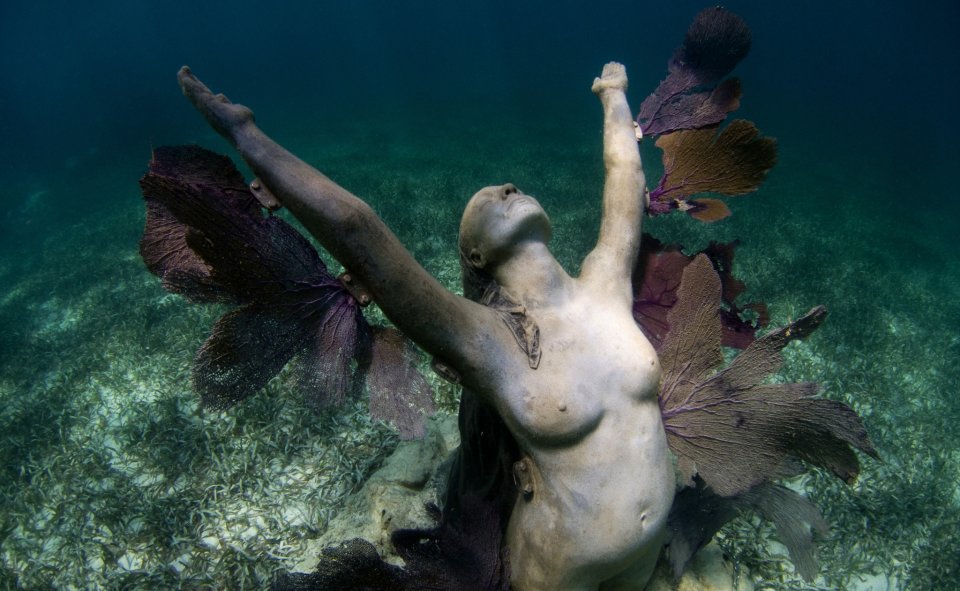 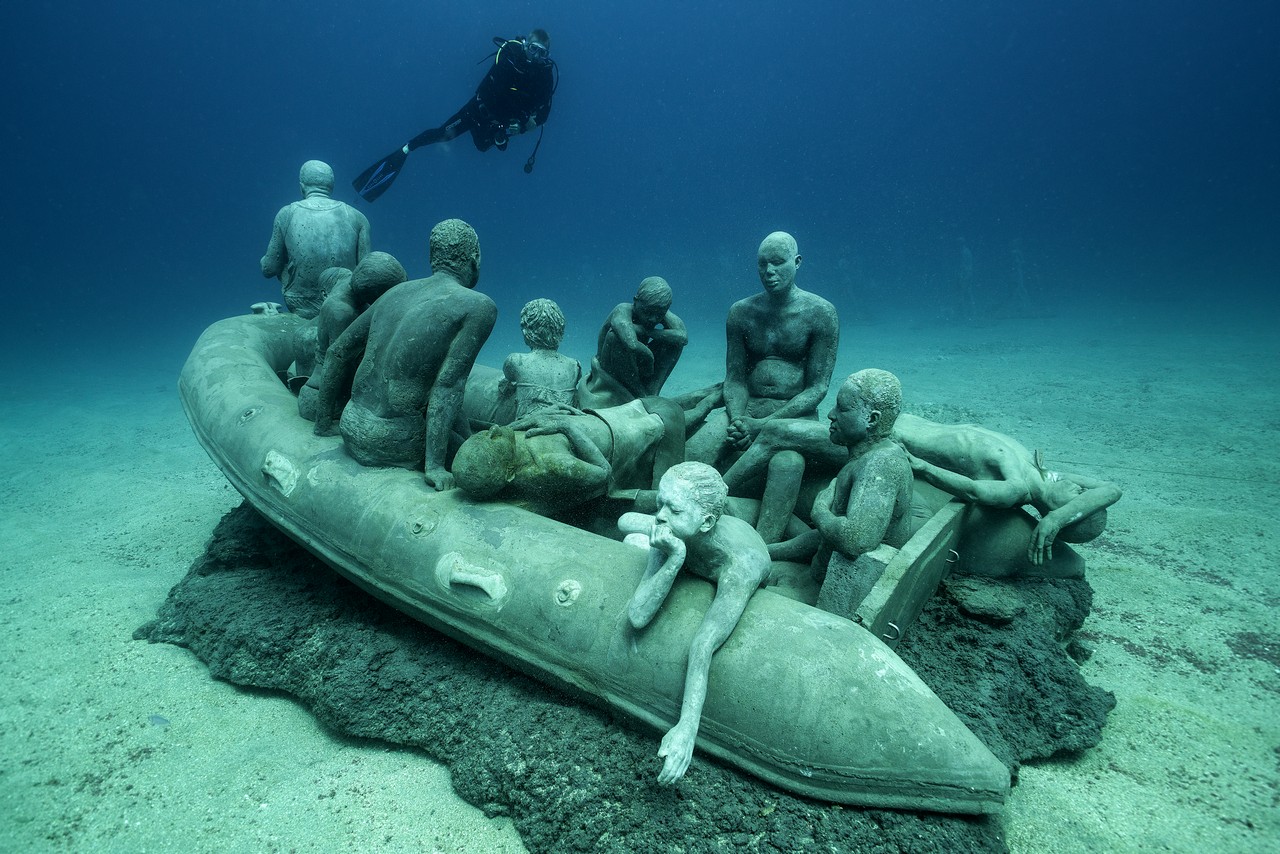 The Atlantic Museum is the youngest, underwater museum in Europe. The figures have been sunk recently, so they have not yet had time to live a good life on the sea. The works are located at a depth of 12 to 15 meters. Work on the completion of the museum is expected to last until 2017. In total, there will be 400 life-sized statues under water, which should last about 300 years. 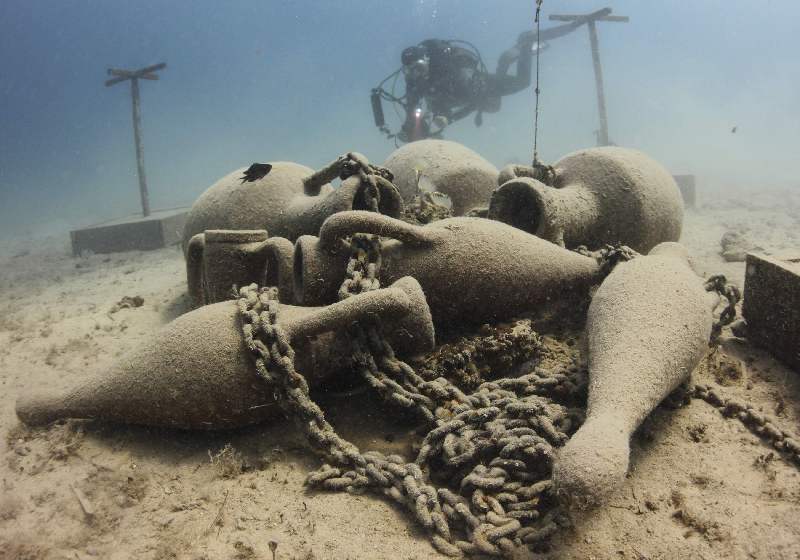 This is a unique project in this part of Europe. The underwater exhibition consists of 11 exhibits installed at a depth of 5 and 15 meters. Together, these items form an underwater track with a length of 300 meters. Among the exhibits are: replicas of cannons from the sixteenth century, replicas of ancient amphorae, anchors from the 4th and 5th centuries, cannons. However, the biggest attraction of the Historical Park is a copy of an ancient bronze statue, depicting the athlete Apoxyomenus in its life size. It is also a kind of symbol of the Croatian island of Mali Lošinj. 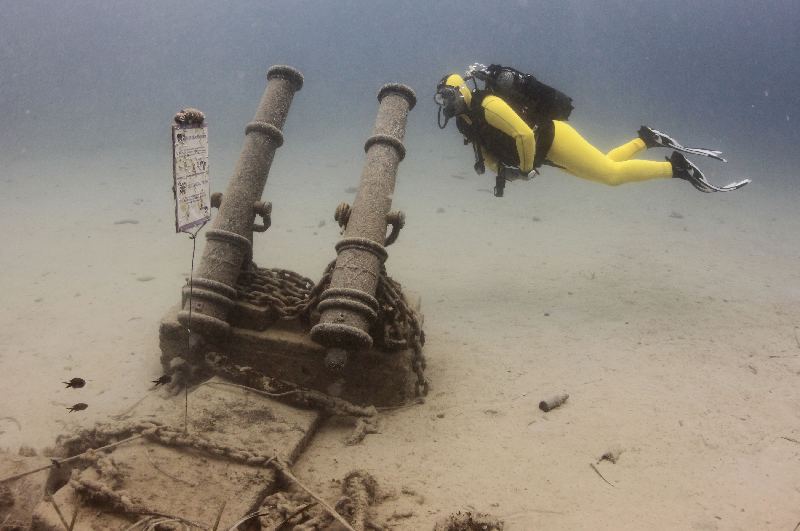 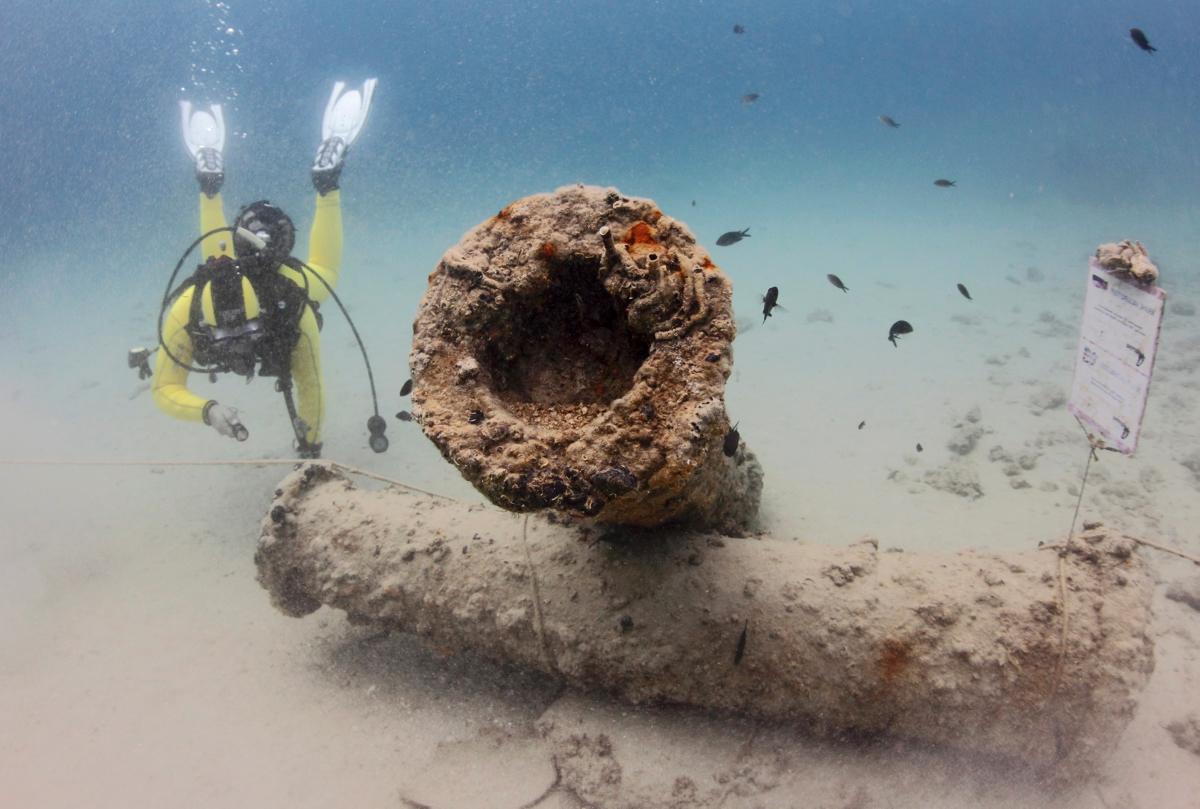 The exhibition consists of little original objects, but the fact that they are silent witnesses of the rich history of the island and the region determines the uniqueness of this place. In the period from June 1 to September 30 Historical Park is open every day (also on Sundays) from 8:00 am to 8:00 pm in the evening.