Her works are perfectly constructed maps that guide us through different epochs, cultures, philosophical trends and ideas. What is tangible is intertwined in them with what is unreal. Perhaps this is the reason why Mariola Jasko's works are so hypnotizing. 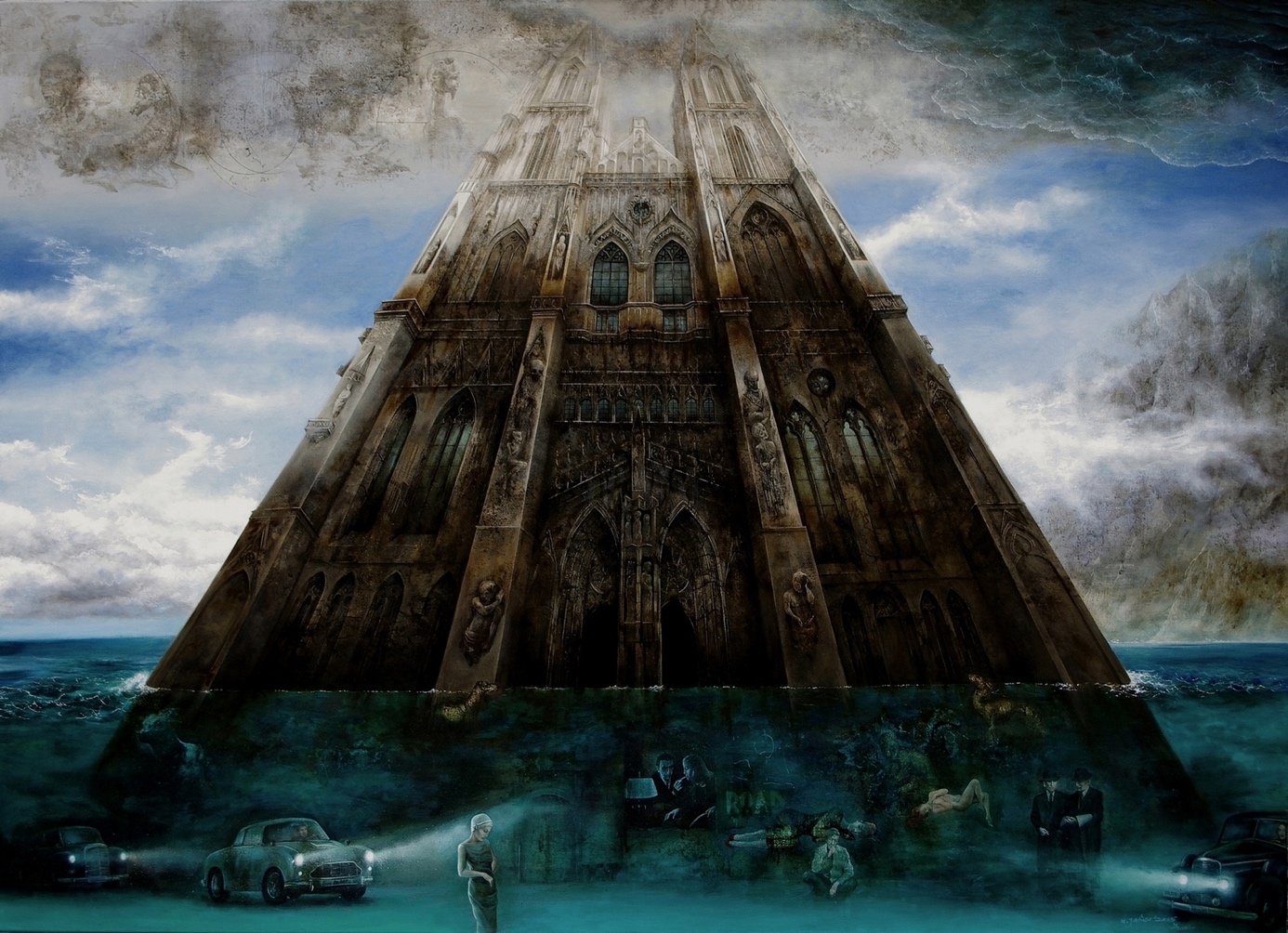 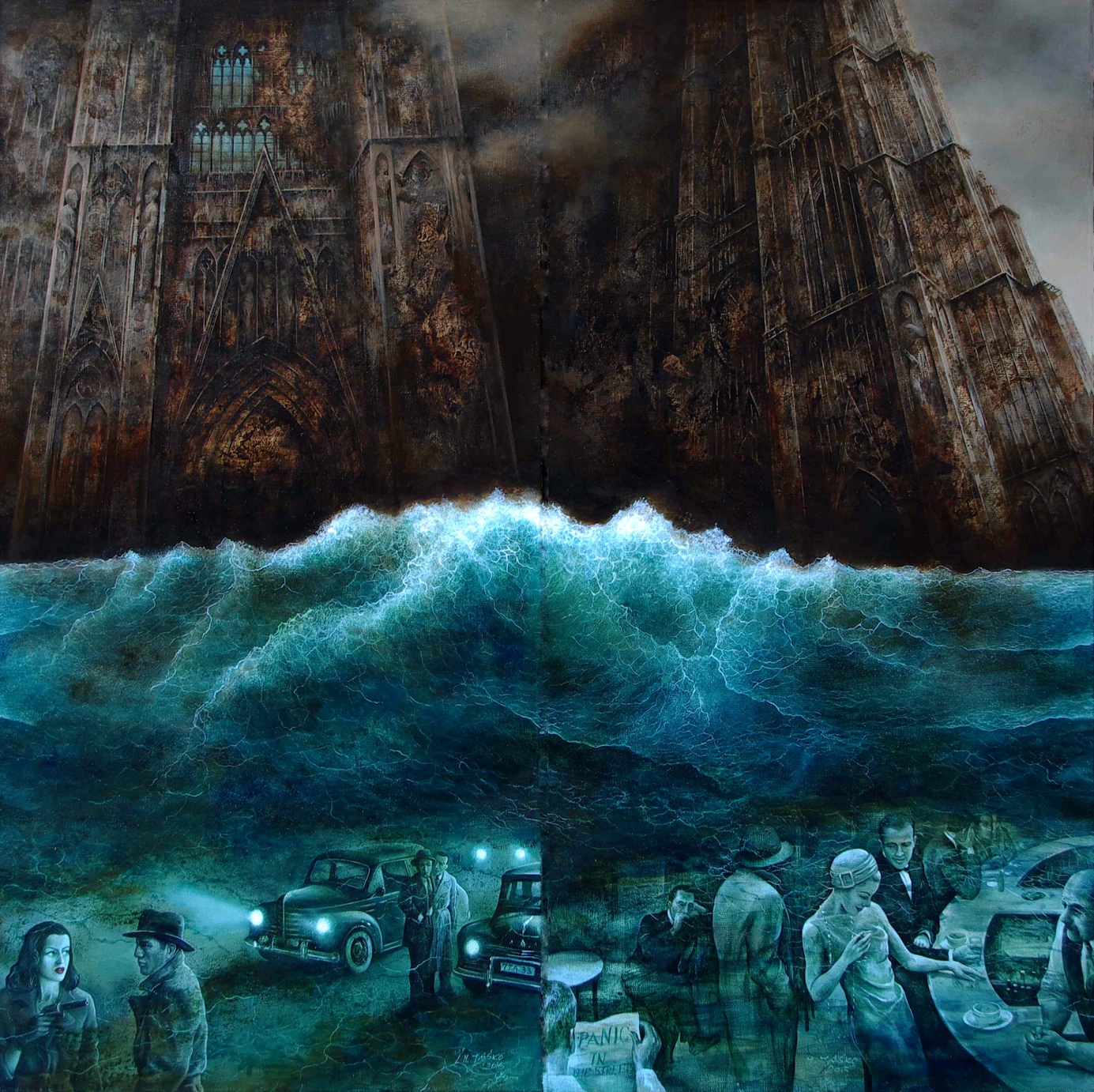 The artist's works are a kind of patchwork, which consists of numerous references to the culture and history of ideas - from the architectural monuments dedicated to remarkable precision, to biblical motifs and post-modern civilization problems. Symbols are compiled in spite of the chronological distance, which results in the amazingness of the presented world, which we consider in terms of sleep and reality. However, the motifs remain timeless, encouraging the viewer to search, and offering a multitude of meanings. 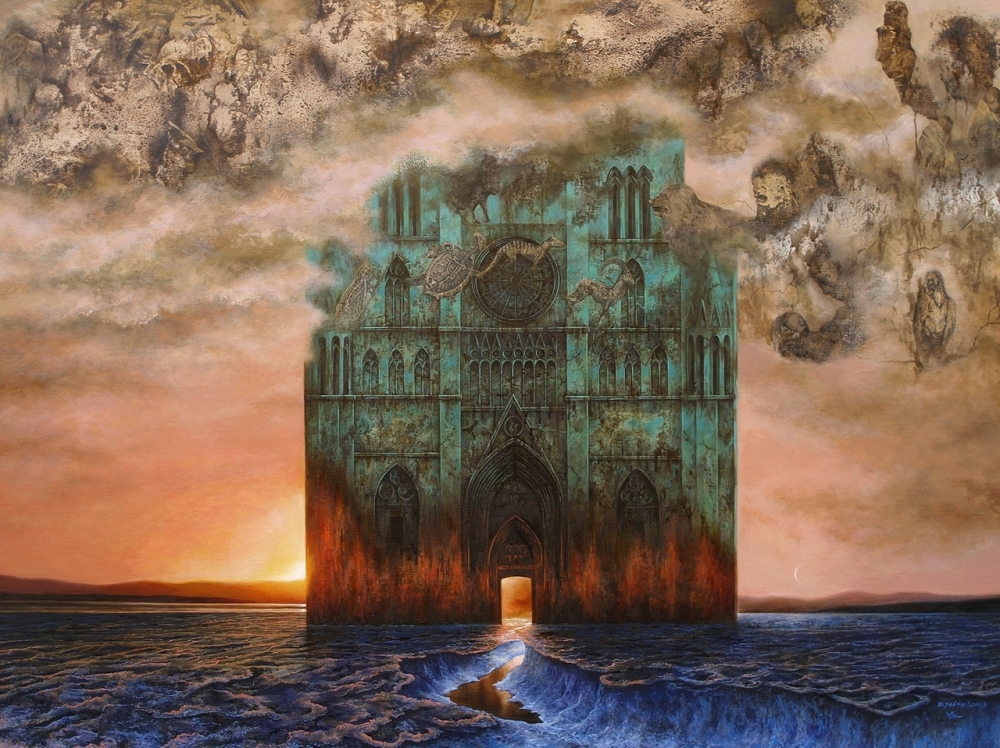 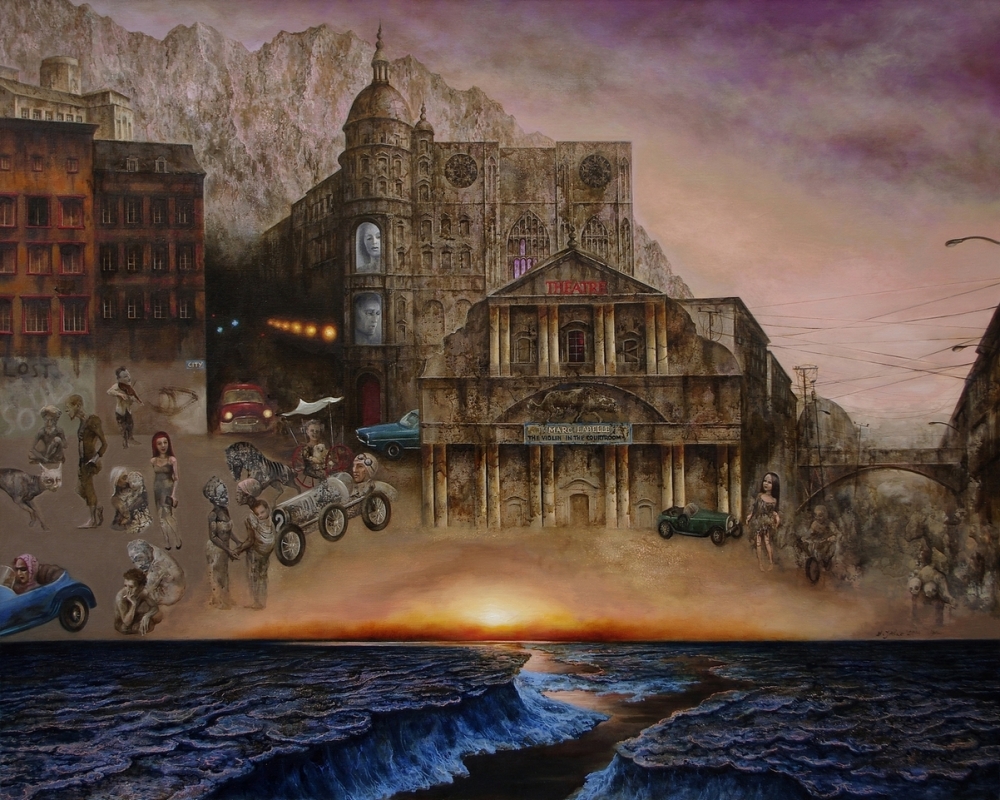 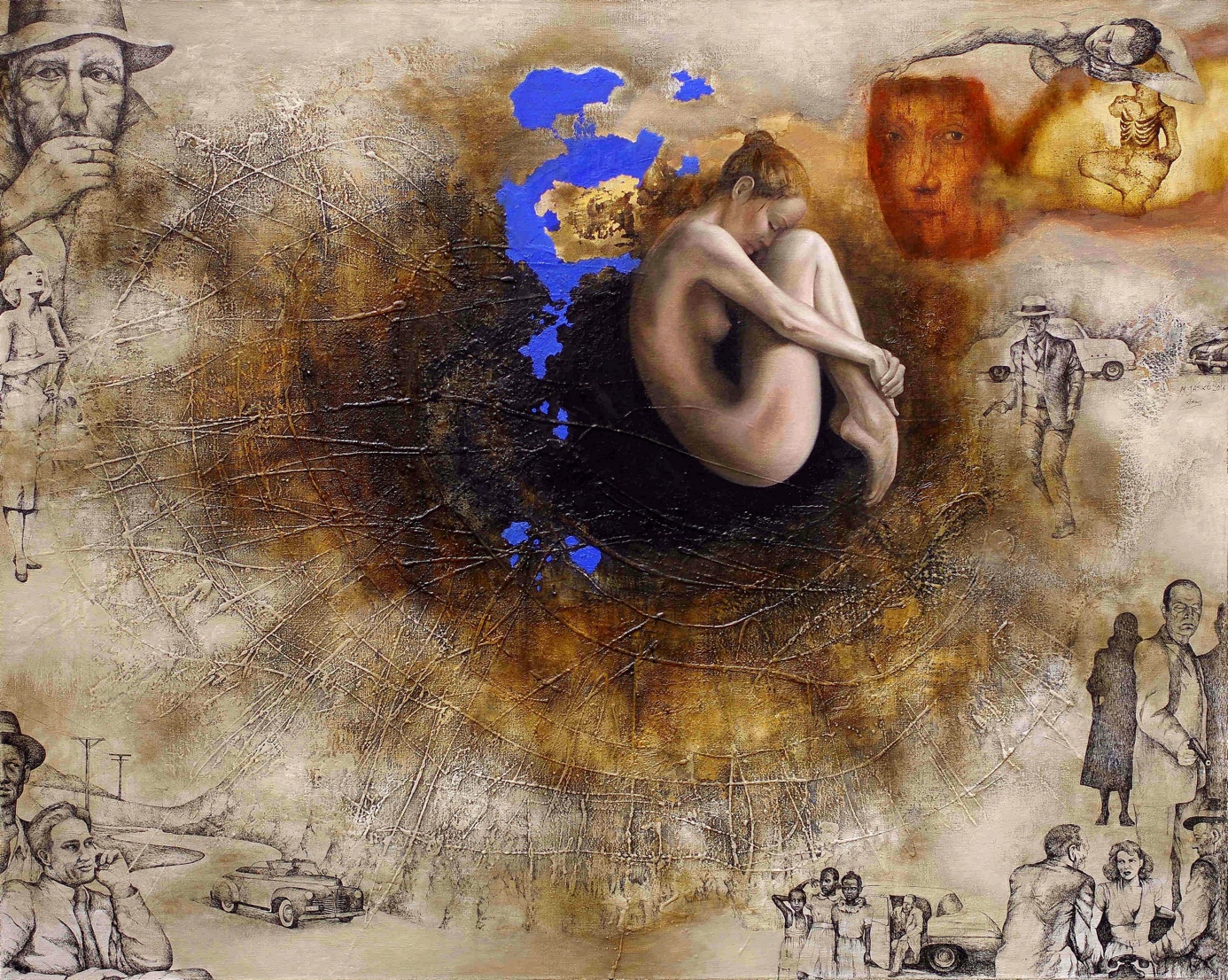 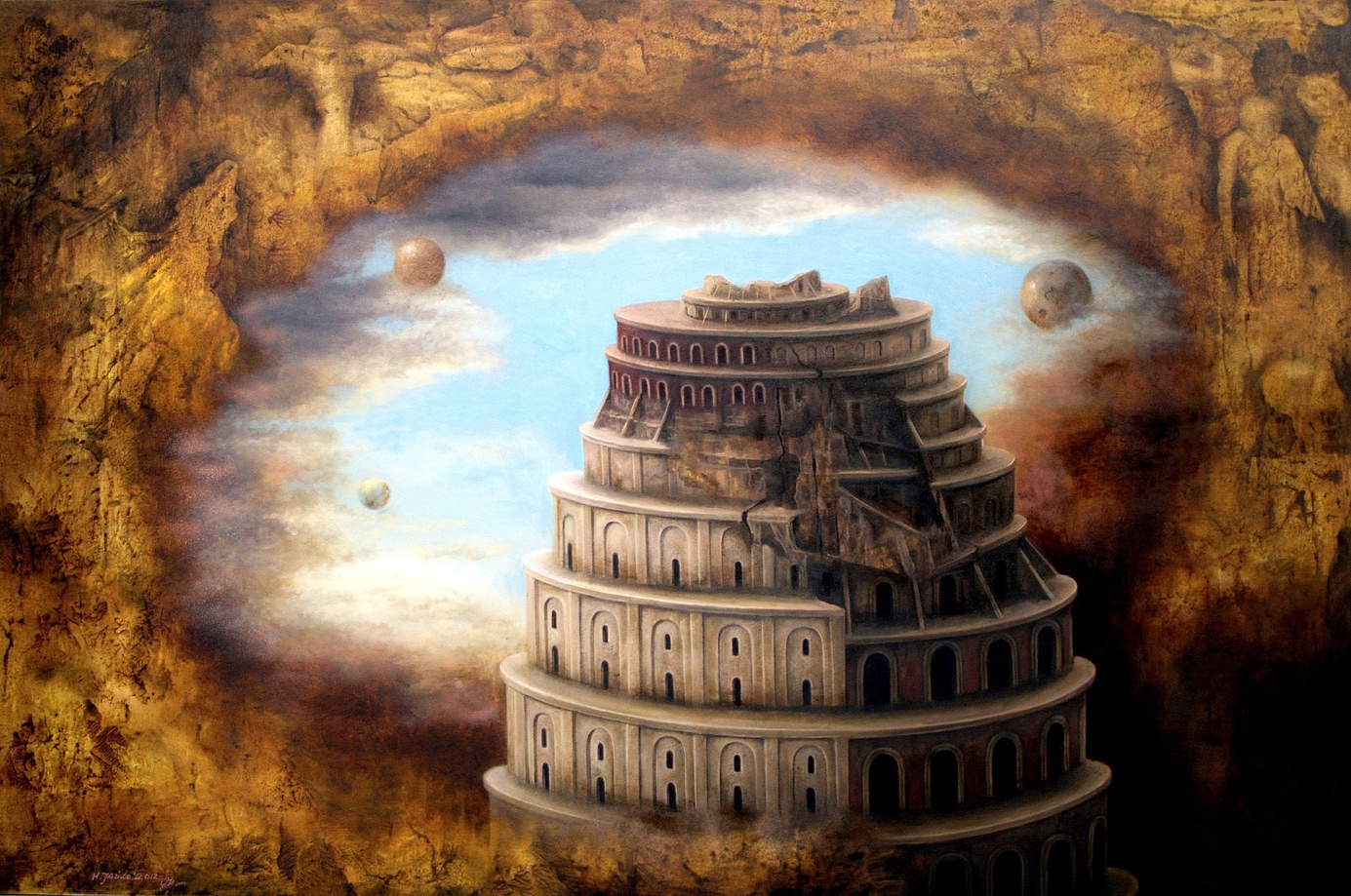 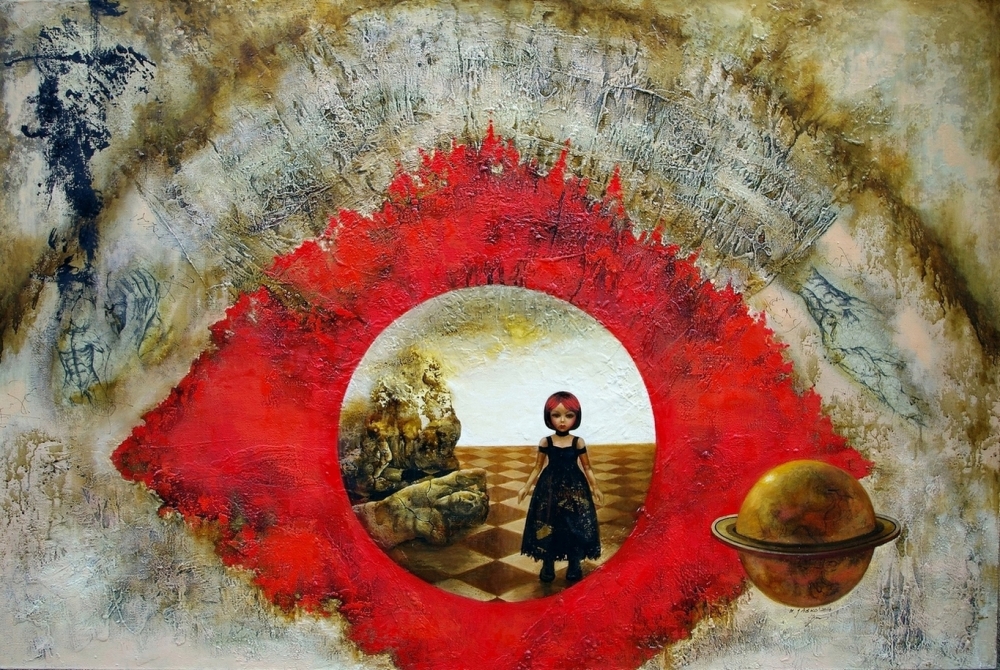 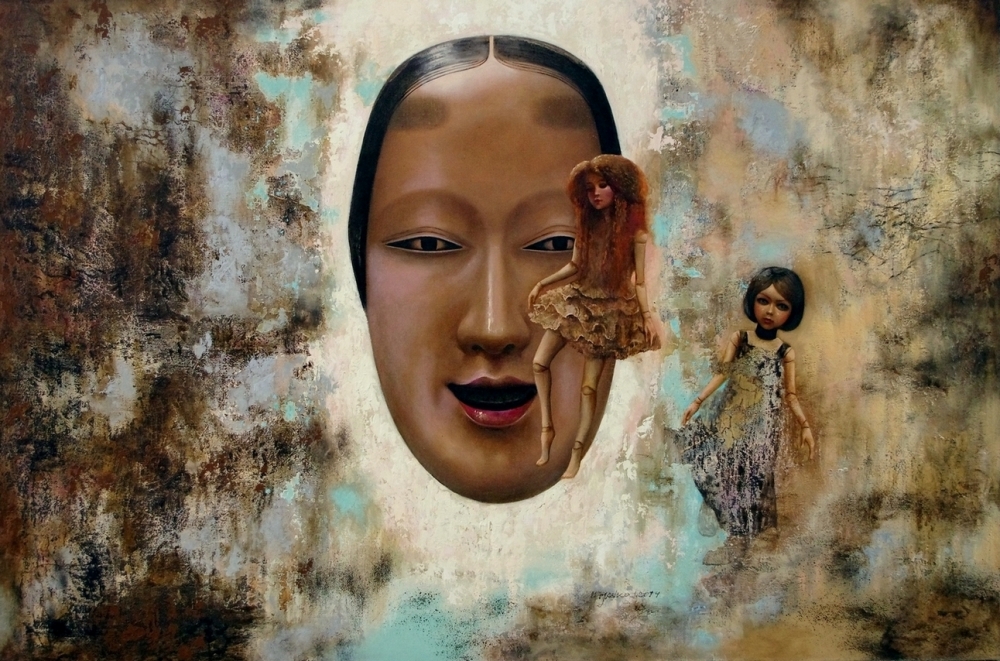 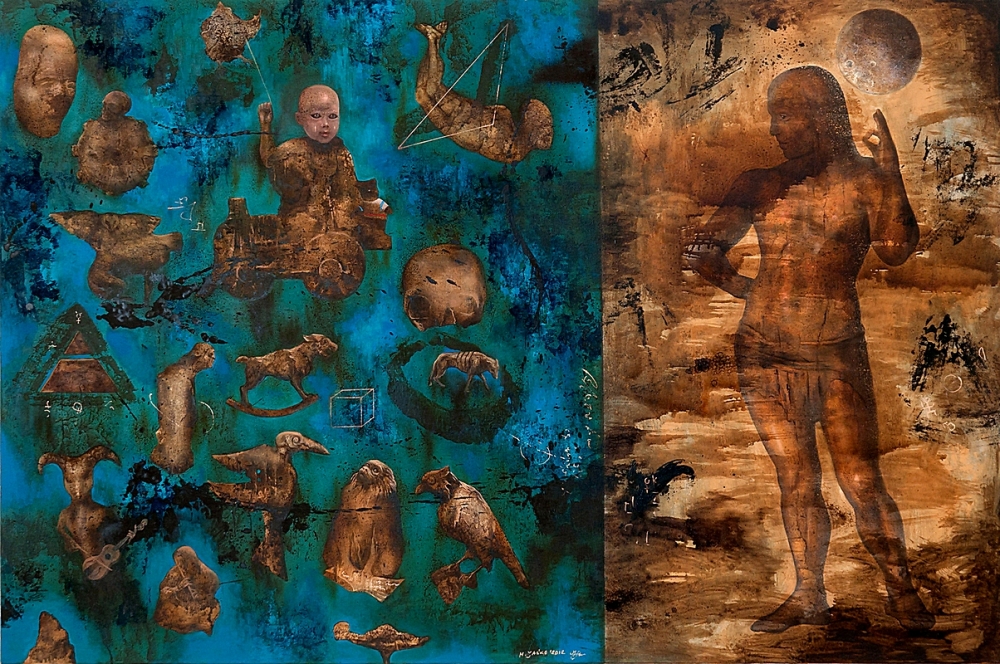 Mariola Jasko - in 1989-94 studied at the Faculty of Painting at the Academy of Fine Arts in Krakow. In 1994, she graduated from the Painting Studio under prof. Adam Wsiołkowski. He practices painting, combining abstraction and symbolism.

She participated in many group exhibitions at home and abroad, including in Bonn, Budapest, Birmingham, Seoul. She organized individual exhibitions at the Pryzmat Gallery in Krakow (1994), at the Artemis Gallery in Krakow (1999), Effelsberg Gallery, Königswinter, Germany (1999), Atelier H.P. Braun, Frankfurt on the Main, Germany (2003), Galeria Zapiecek in Warsaw (2004), Galeria 2 Światy in Krakow (2006, 2008). In 1995 she received the first prize, Promotions 94 - Legnica. In 1998/99, she received a scholarship from the American Pollock-Krasner Foundation. Her works are in the collections of many European countries as well as in the USA, Canada and Japan.